12 Most Demanding Programming Language Every Newbie Must Learn

Programming language is a set of rules that computers follow to perform certain tasks or operations. It is a way for humans to communicate with the computer and tell it what we want it to do. There are many programming languages in use today, but some are more popular than others. Some people prefer using one programming language over another because they have been trained in that particular language. Others like to learn new things and switch up their skills every now and then.

How can a beginner start programming

The first thing you need to know before learning how to program is that there is no single right answer. The best way to learn to program is by trial and error. You will be able to see if your code works as expected when you try different ways of doing something. This will help you understand why your code isn’t working and also give you an idea about what needs to be done to make it work.

There are several online resources available to teach you how to program. Many universities offer courses where students can learn how to program. If you don’t find any course at your local university, you can always enroll in a coding bootcamp. These programs usually last around 6 months and cost anywhere from $10,000 to $50,000. They provide you with all the necessary tools to get started.

You should also watch tutorial videos on how to program from internet. Tutorial videos are great for beginners because they explain everything step-by-step. They also contain lots of examples so you can easily copy them into your own code.

You may also consider joining a community of programmers. A lot of these communities are free to join and allow you to ask questions and share knowledge with other members.

What are the technical skill do programmers need

Programmers need to have soft skills at math, logic, problem solving, communication, and teamwork. In addition, they need to be creative and flexible.

They are required to think out of the box and come up with innovative solutions to problems. Programmers also need to be detail oriented and organized. They need to be able to multitask effectively.

Some programming languages are easier to master than others. For example, Java is considered to be an easy language to learn compared to C++. However, C++ is used extensively in the real world. It is important to choose a language that suits your interests and skillset.

Who needs to know programming language

Programmers are needed in almost every field nowadays. From software engineers who write apps for smartphones to data scientists who crunch numbers for big companies, everyone has a job that requires programming. With the rise of technology, there are more jobs requiring programming. So, if you plan on becoming a programmer, you must be prepared to deal with the constant changes in the industry.

If you want to become a developer, you should take up a course in programming. Once you finish your course, you will be ready to enter the world of programming.

What is the difference between a Data Scientist and a Programmer

Data Scientists and Programmers both analyze large amounts of data to come up with insights. However, while a Data Scientist uses statistical methods to solve problems, a Programmer uses logic to create solutions.

A data scientist is someone who analyzes information to extract useful insights from it. They use statistics to predict outcomes based on past events. They look at trends and patterns to figure out which factors affect the outcome. For example, they might study the number of times people visited a website and determine whether it was profitable or not.

They are trained to think logically and mathematically and have good problem-solving skills and are comfortable with uncertainty.

A programmer is someone who writes computer codes. They are also known as software developer. He/she creates applications by writing lines of code. The code contains instructions that tell the computer what to do. This process involves translating ideas into computer commands.

He/she uses logical thinking and follows a structured approach when creating a solution. He/she is able to work independently without supervision.

Let’s move to most demanding programming language every newbie must learn without delay.

12 Most Demanding Programming Language Every Newbie Must Learn

This is one of the easiest programming languages to learn. It is a general purpose language used for web development, scientific computing, and artificial intelligence. It is a high-level programming language. Python is also known as the “Grammarista” because it enforces strict typing and syntax rules.

This is another easy programming language to learn. It is an object oriented language. You can write programs in Java that run on any operating system. Java is used widely in mobile app development.

It is a scripting language that runs inside web browsers and has many features similar to other programming languages. It is mainly used for client-side scripting. JavaScript is mostly used for front-end development.

It is also a high-level programming language. It is used for developing business applications. It is often referred to as the “better Java”. Scala allows developers to create high performance software.

It is a modern programming language developed by JetBrains. It is designed to be simple, safe, and productive.

It is a server-side programming language. It is mostly used for building websites.

It is a statistical programming language. It is commonly used for analyzing large amounts of data.

It is a dynamic programming language. It is a high level interpreted language.

It is a multi-paradigm programming language. It is primarily used for iOS app development.

It is a concurrent programming language. It is designed to make software easier to create, test, deploy, and maintain.

It is a server side scripting language. It is used to build dynamic web pages. 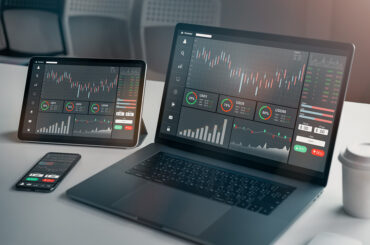 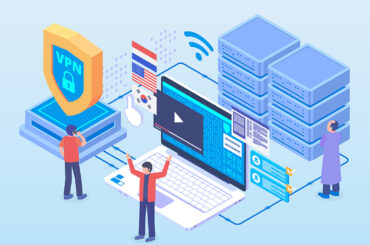 The 5 Best AI Content Writer Tools of All Time